CCJ PRESIDENT RETURNS HOME FOR CEREMONIAL SITTING OF THE CCJ

Written by Public Education and Communications Unit on July 20, 2018 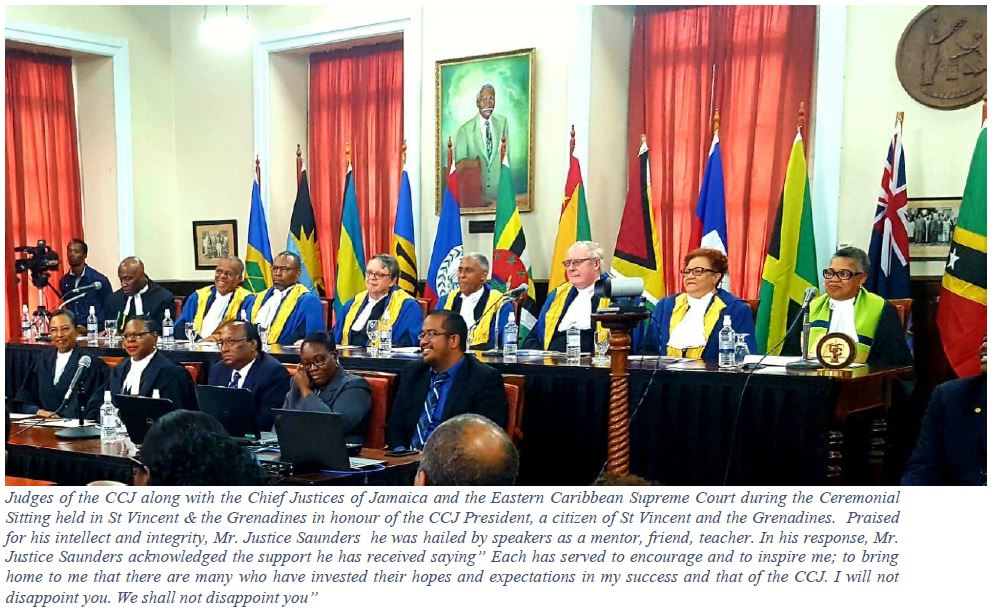 The Caribbean Court of Justice (CCJ) sat in St Vincent and the Grenadines today, July 20, 2018 for the first time in its 13-year history. The Ceremonial Sitting concluded the Court’s inauguration activities for its recently sworn- in President, the Honourable Mr. Justice Adrian Saunders. Hosted in the House of Assembly, Kingstown the sitting was attended by various members of local government including Dr the Honourable Ralph Gonsalves, Prime Minister of St Vincent and the Grenadines, Leader of the Opposition Dr Godwin Friday, Speaker of the House of Assembly Mr Jomo Thomas and Heads of regional judiciaries, Court of Appeal judges, diplomats and numerous local attorneys.

During his presentation, the CCJ President explained the decision to host the Sitting in St Vincent and the Grenadines. He stated that it resulted from a desire “to provide an opportunity for the people of St Vincent and the Grenadines to see and meet with the Judges of the CCJ. And, naturally, it gives the Judges, only one of whom is Vincentian, the opportunity to experience the flavour and nuances of the rich diversity of the Caribbean and SVG in particular.”

In an afternoon in which, speakers quoted various regional musicians, poets, eminent academics and jurists; there were many who both lauded the character, temperament and integrity of the CCJ’s third President and who also called upon regional nations to complete the circle of independence and accede to the Appellate Jurisdiction of the CCJ.

In a stirring presentation, Dr the Honourable Ralph Gonsalves noted that “he never thought he would see the day that the Caribbean Court of Justice sat in St Vincent and the Grenadines.”

Defending the independence of the CCJ, he dismissed the notion that the Court is susceptible to political interference, insisting that those responsible for setting up the Court made certain to put in place features like the CCJ Trust Fund and the Regional Judicial and Legal Services Commission (RJLSC) to safeguard the Court’s independence. Pledging to work to make the CCJ the country’s final court of appeal, the Prime Minister extended an invitation to the Leader of the Opposition to work together to “strive for the seemingly impossible.”

The Honourable Mr. Justice Bryan Sykes, Chief Justice of Jamaica, acknowledging the increased efficiency of the Court in his presentation, noted the impact of the CCJ in the region, not just because of its judicial work but also because of its championing for increased access to justice for regional citizens. He further stated that he and “all the judges of Jamaica look forward to the continued growth and expansion of this Court under the presidency of Justice Saunders. We pledge unreservedly, our support for the President and the Court and will do all within our power to continue to make the case for this Court to become our final appellate court.”

Echoing the sentiments of the Prime Minister, Ms. Rene Baptiste, President of the Bar Association of St Vincent and the Grenadines also called for the Eastern Caribbean state to make the Caribbean Court of Justice its final court of appeal as she recalled the distinguished career of Mr. Justice Saunders.

In his response, Mr. Justice Saunders stated “I am extremely proud of this Court. We have a fine complement of judges. The Court’s judgments can withstand the closest scrutiny. Indeed, our stakeholders consistently credit the Court with a high quality of reasoning in our judgments. Our Court staff are hard-working and efficient. The Court has no backlog. Our electronic filing system is the envy of Courts in the Western Hemisphere.” 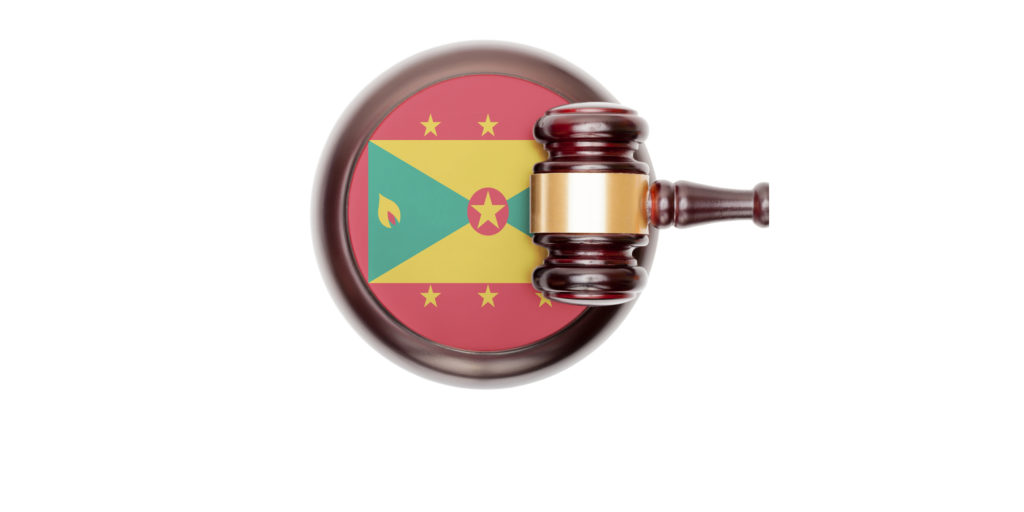 PACKED WEEK OF EVENTS AROUND CARICOM HEADS OF GOVERNMENT MEETING

WHY ARE WE THE LAST TO KNOW?