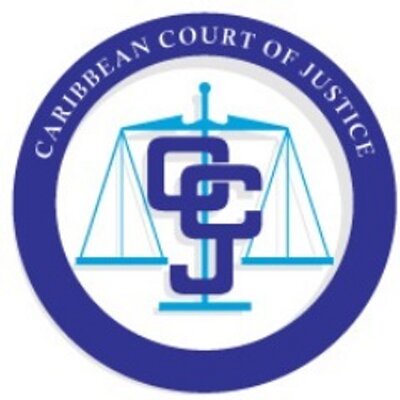 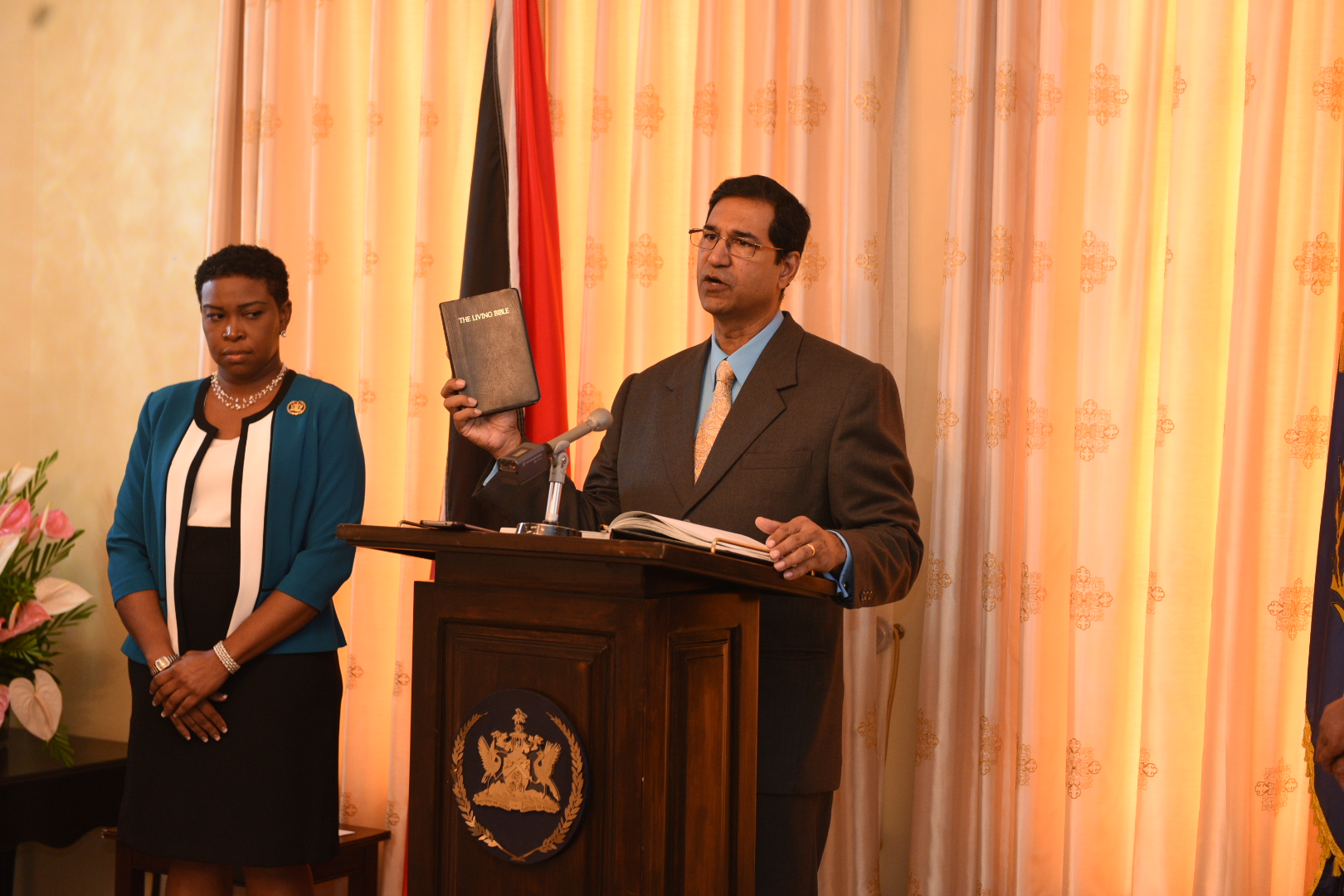 The Hon. Mr. Justice Jamadar takes the oath of office as he is sworn in as Judge of the Caribbean Court of Justice. In his remarks he asserted “it is with great pride and humility that I take my seat on the CCJ. It is my hope that I will unwaveringly follow the ethical dictates of my oath, and do justice to all who seek it before this court”

The Caribbean Court of Justice (CCJ) welcomed its newest judge, the Honourable Mr Justice Peter Jamadar, to its Bench on Thursday, 4 July 2019. After being sworn in by Her Excellency, Ms Paula Mae-Weekes, President of Trinidad and Tobago in Port of Spain, Mr Justice Jamadar in a stirring speech stated “today I take up a seat on the CCJ. I am both proud and humbled. For any Caribbean jurist or legal practitioner, one of the pinnacle achievements must be, to sit as a judge of the CCJ. It is at once an office of great status and of even greater service.”

President of the CCJ, the Honourable Mr Justice Adrian Saunders, noted during the ceremony that Mr Justice Jamadar’s appointment marked the culmination of a competitive process, conducted by the Regional Judicial and Legal Services Commission, the independent body responsible for selecting and appointing staff of the Court. Mr Justice Saunders pointed out that “The Commission did not only consider the respective qualifications, experience and skill sets of the applicants. As mandated by the Agreement Establishing the CCJ, the Commission was also obliged to consider the applicants’ moral character, their intellectual and analytical ability, the soundness of their judgment, their integrity, and their understanding of people and society.”

He also welcomed Mr Justice Jamadar remarking that “his judgments are erudite and well-reasoned. They demonstrate a high intellect, a deep understanding of Caribbean society, and an abiding sense of fairness. Unsurprisingly, several of these judgments have been cited with approval by judges of both the CCJ and the Judicial Committee of the Privy Council.”

Mr Justice Jamadar previously served as a Judge of the Appeal Court of Trinidad and Tobago. He is the Vice President (Programming) and a Faculty member of the Commonwealth Judicial Education Institute (CJEI) and Vice-Chairman of the Caribbean Association of Judicial Officers (CAJO). He is also a certified Transpersonal Psychologist and a certified Mediator. He has written two books and numerous articles and authored various publications relating to law.

Mr Justice Jamadar will officially assume office on 15 July 2019. He succeeds the Honourable Mr Justice David Hayton who will be retiring from the Court after 14 years of service. Judges of the CCJ are appointed to hold office until the age of seventy-two, while the President of the Court holds office for a non-renewable term of seven years.