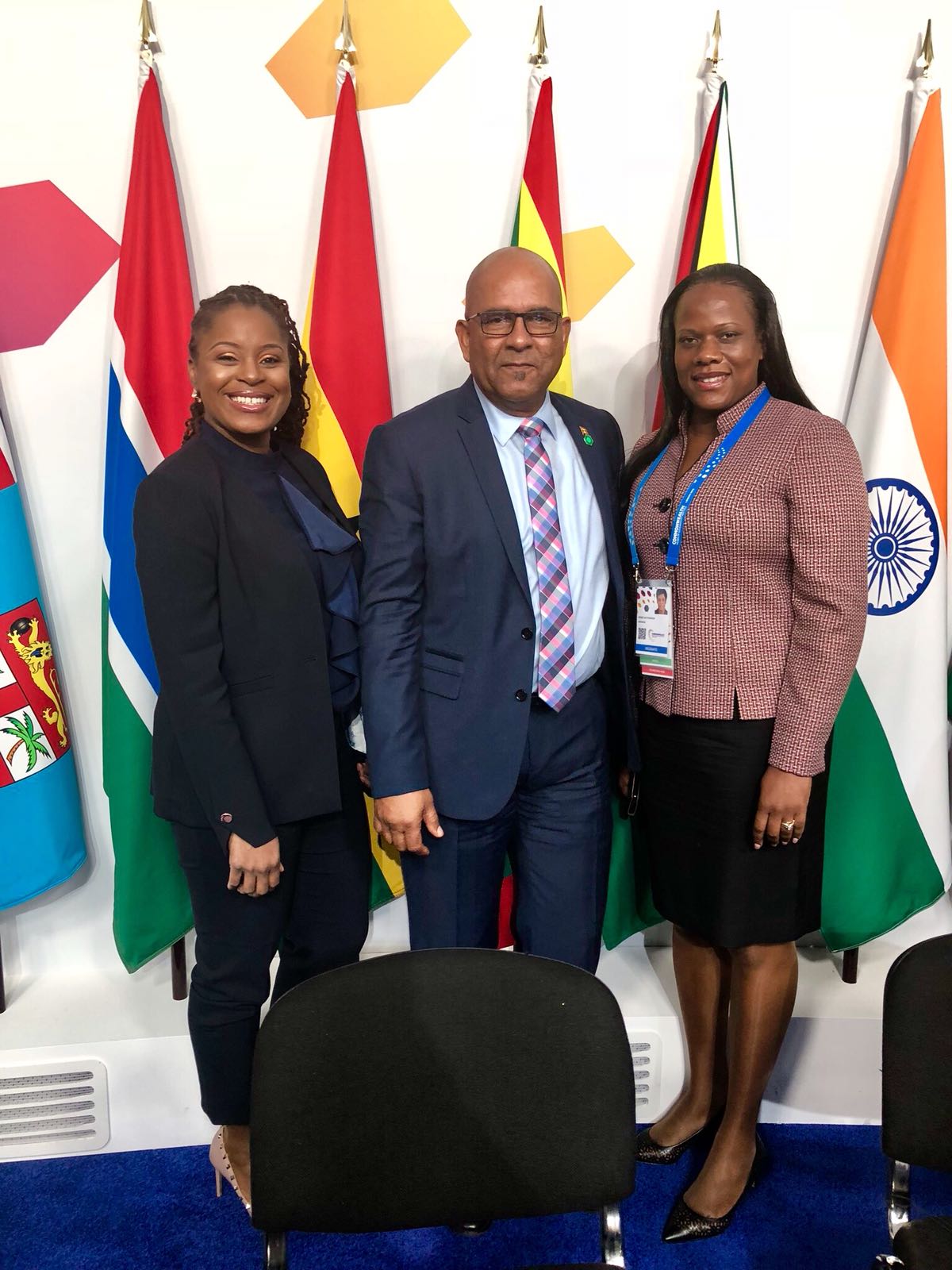 Foreign Ministers and senior officials from the 53 Commonwealth nations met at Lancaster House in London today, ahead of the Commonwealth Heads of Government Meeting, CHOGM.

They discussed how member states can work even closer together on sustainability, fairness, security and prosperity.

The Ministers also discussed collaboration among members to tackle the existential threat of climate change and the adoption of the Commonwealth Blue Charter on ocean governance.

Grenada’s Minister for Foreign Affairs Hon. Peter David, who is accompanied by Foreign Service Officer Roxie McLeish-Hutchinson and Mrs. Akima Paul Lambert, Ambassador at Large to the Holy See, urged the Commonwealth to step up the advocacy on behalf of small states who continue to grapple with the impacts of climate change.

Minister David also expressed support for the Commonwealth Blue Charter on Ocean governance, which is in keeping with Grenada’s commitment to the implementation of SDG 14, which speaks to the conservation and sustainable use of the oceans, seas and marine resources. He pointed to Grenada’s Blue Growth master plan which provides opportunities for collaboration.

The Grenada Foreign Minister also asked the Commonwealth to assist member states with research into the production of high value crops which can improve competitiveness among their countries.

He reiterated the need for deepening trade among the Commonwealth, which will lead to an increase in exports from the smaller member states.

The Foreign Ministers’ meeting will be followed today by the formal opening of the Heads summit.