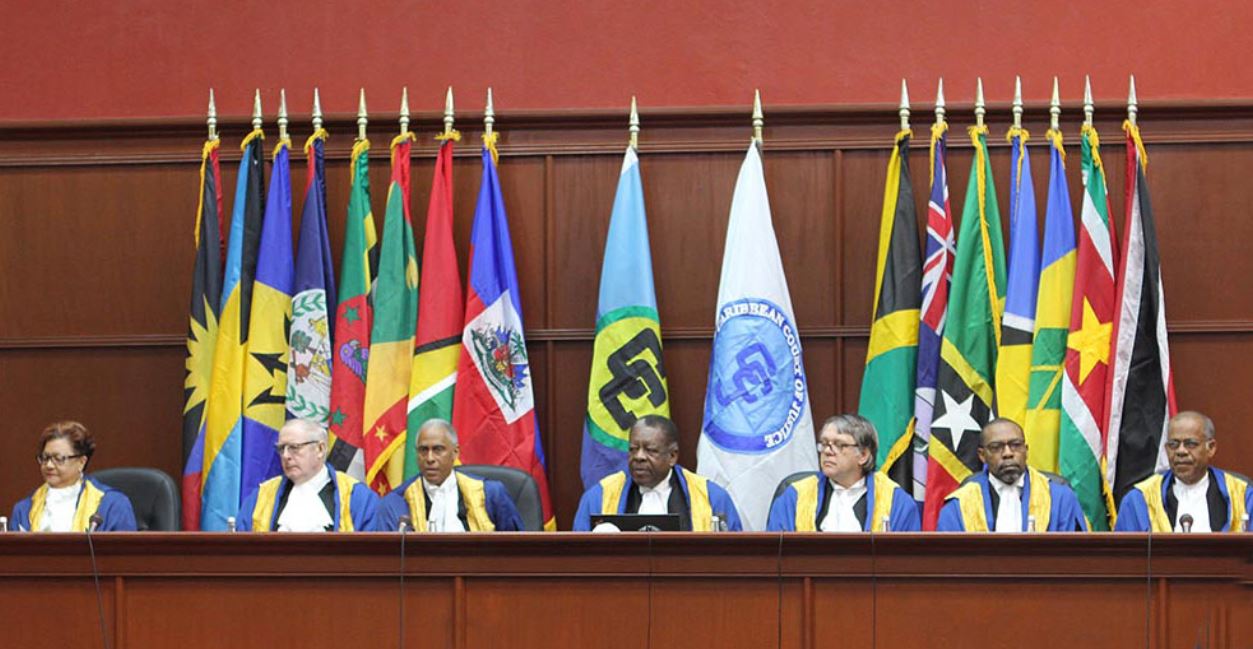 The full bench of the CCJ sat at the High Court of Antigua and Barbuda for the special sitting in honour of retiring President, the Rt Hon Sir Dennis Byron. The President-Designate of the CCJ lauded theretiring President saying that the region benefitted from, “Sir Dennis’ boundless enthusiasm and indefatigable zeal, his visioning and careful planning, his bold leadership, his rapid absorption of new ideas and international best practices, and the adoption by him of creative and effective methods of overcoming formidable obstacles.”

For the first time in its history, the Caribbean Court of Justice held court in Antigua and Barbuda at a special sitting to honour the President of the Caribbean Court of Justice (CCJ), the Rt. Hon. Sir Dennis Byron. Representatives from the region came together to pay tribute and say farewell to Sir Dennis for over 3 hours on Wednesday, May 16, 2018.

The President, in his remarks to the gathering at the High Court in Antigua, stated that he was deeply touched by the presentations and his time at the CCJ, saying that “it has been a wonderful experience for me. Even with all my experiences of judiciaries around the world, sitting side by side with judges from every continent on the bench of an international court, I am extremely proud to have been part of this outstanding court with judges of the highest calibre, work ethic and integrity. The culmination of a lifelong dream to be part of a final Caribbean court has only been eclipsed by the sheer enjoyment of working in an environment of such high intellect and quality.”

Speaking to the packed courtroom, the Hon. Mr. Justice Saunders, President-Designate of the CCJ, who also presided over the proceedings, described Sir Dennis as a “great judicial reformer,” recalling that “during the eight years that he spent as Chief Justice of the ECSC, Sir Dennis transformed that institution in such critical ways that it can never again be what it used to when he assumed the office of Chief Justice. By the time he left for Arusha in 2004, judged against several important indicators, the ECSC was arguably well ahead of its counterparts in the region.” 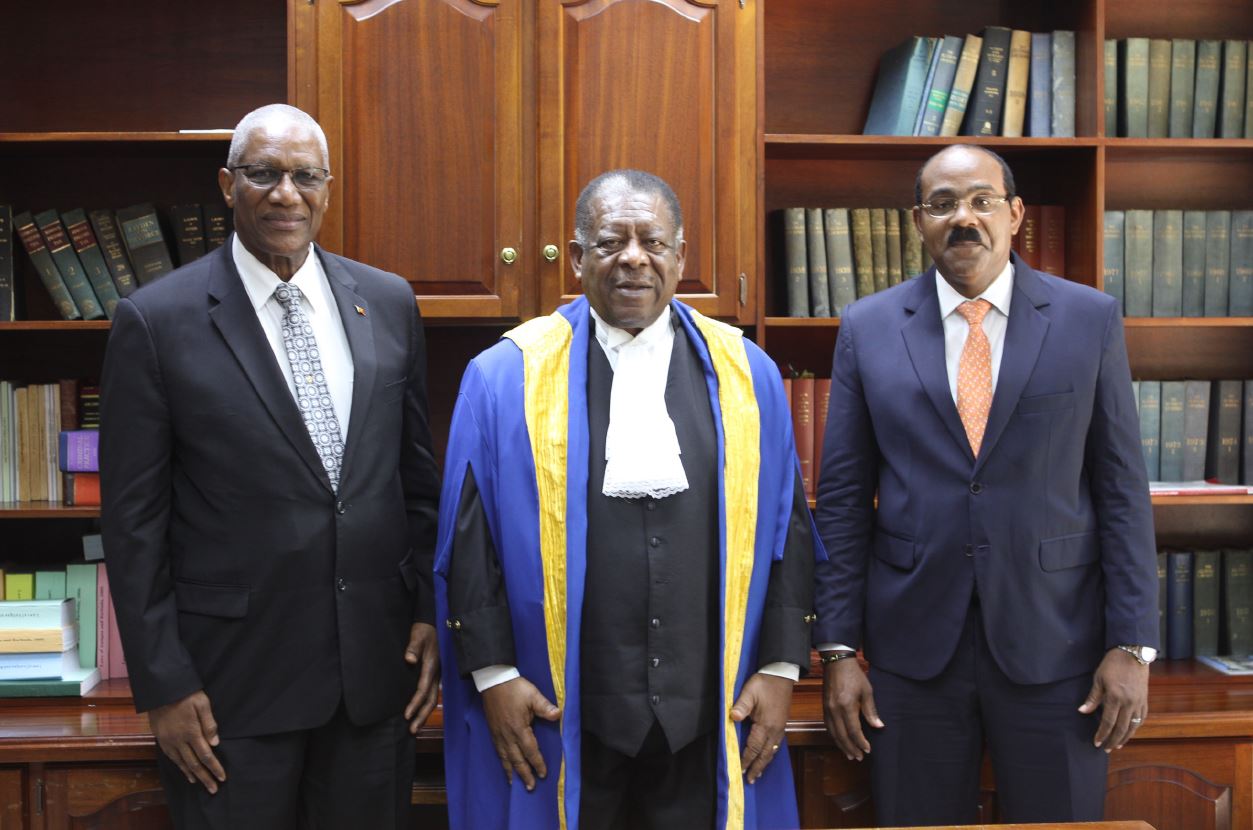 His Excellency, Rodney Williams GCMG, KGN, KSt.J. MBBS (UWI), Governor General of Antigua and Barbuda and the Hon. Gaston Browne, Prime Minister of Antigua and Barbuda, took a brief  moment to congratulate CCJ President, the Rt. Hon. Sir Dennis Byron before the special sitting at the High Court on Wednesday, 16 May 2018. Sir Dennis had expressed a desire to end his judicial career in Antigua and Barbuda as his career as a judge started there, noting that, “Antigua holds special significance for me and my family. It is the place where I first served as a Judge in April 1982 and so things have come full circle here for me today.”

Echoing these sentiments, Mr. Justice Stanley Moore, retired judge from Guyana and main speaker at the sitting, hailed Sir Dennis as an innovator, noting that “the Eastern Caribbean Supreme Court, led by Sir Dennis, blazed a trail of innovation in this region which the other jurisdictions followed much later.”

In addition to his skill in court administration, speakers also lauded the jurist for his judicial work. The Hon. Mr. Justice Saunders stated that “Sir Dennis’ judgments displayed a first-rate mind and a willingness to go where no judge in the region had gone before.” The Hon. Dame Janice Pereira, Chief Justice of the Eastern Caribbean Supreme Court, also noted that Sir Dennis “has earned the respect of his colleagues as one of the greatest jurists in the CARICOM region and beyond.”

Other presentations were made by various persons from the region, and beyond, to a packed courtroom that included the Governor General, Prime Minister and the Cabinet of Antigua and Barbuda. Sir Dennis will retire in July this year, marking the end of a distinguished legal career that spanned over 53 years.