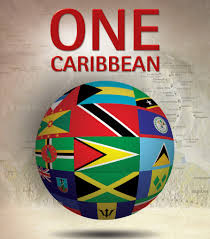 As we end another year in this festive season, it is a time for peace, joy and reflection.

In the past year the Caribbean Community (CARICOM) has made some significant advances. Agreements have been reached and legal instruments have been signed as the Member States demonstrated their commitment to strengthening integration.

As is to be expected the CARICOM Single Market and Economy (CSME) has been at the forefront of our activities, culminating in the St Ann’s Declaration on the CSME issued following a Special Meeting of the Heads of Government in Port-of-Spain in December.  Earlier in the year, in June, I had convened a broad-based consultation with stakeholders including the private sector, labour, non-governmental organisations, youth and the media in Georgetown to get their views on the CSME.  Their positive and constructive views on how to improve the operations were much appreciated and factored in to the plans for advancing implementation.

Indeed, so successful was the session that the Heads of Government have requested that such a consultation be convened annually by the Lead Head of Government with responsibility for the CSME and the Secretary-General.  To maximise the potential of the event, it is expected that national consultations will be held with the same purpose.

A vital aspect of both the CSME and the entire integration process is the access to efficient and affordable transportation.  A huge step was taken in that regard with the approval and opening for signature of the new CARICOM Multilateral Air Services Agreement (MASA).  So far eight (8) Member States have signed the Agreement. This instrument is aimed at improving connectivity and facilitating movement of people in the Region as well as increasing trade in goods and services.

Steps are being taken to reinforce the operation of our security mechanisms as, among other things, we seek to ensure the integrity of the regime allowing the free movement of CARICOM nationals.

The issue of crime and security has also engaged our youth who have been working assiduously on the Youth Advocacy and Action Agenda on Violence Prevention. They have conducted internet based discussions and live workshops as well as surveys and interviews to create this agenda. It represents what they believe needs to be done to tackle the issues of crime and violence in our communities.

This is a very significant initiative on a most relevant issue which will be presented to a Youth Summit in Guyana in January.

Internationally we have resumed our leadership role in the fight against chronic non-communicable diseases with the six priorities on which the Region advocated during the United Nations High-Level Meeting on NCDs finding favour and being part of the Outcome Document.  These included implementing policies geared towards preventing childhood obesity which is of serious concern to our Region.

Our Youth has also drawn to my attention an often overlooked NCD – that of mental health – when I had an interactive session with them from across the Region, organised by the CARICOM Youth Ambassador corps last July.  Mental illness is another NCD that we have to confront.

As we approach the last year of our five-year Strategic Plan (2014-2019), the Reform Process to help Re-position CARICOM is moving on apace. We have instilled a results oriented culture complete with tools for measuring and evaluating our progress and a strategic business plan for the Secretariat is being finalized. We are seeking to review our Regional Institutions to optimise the benefits that could be obtained from those specialized bodies. The imperative is to improve the service to our citizens and ensure they feel the positive impact of integration in their daily life.

Let me wish everyone a Happy Holiday Season and a peaceful 2019.