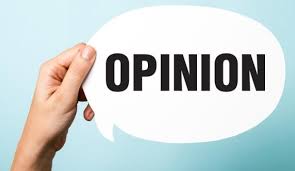 The appointment of public officers comes with a proviso that they may be transferred at any time to an equivalent post within the service. Even so, the Constitution and rules of the Public Service Commission, while they give the Prime Minister the final say with respect to certain senior particular officers, bestows ultimate power to transfer public officers on the Public Service Commission.

If the principles of good governance and transparency are applied, the Public Service will function with a high degree of professionalism, free from political influence. Unfortunately, under successive regimes, and especially, under Prime Minister Mitchell’s stewardship, it has become the norm for Public Officers of all levels, to be transferred, or even ousted from the service as a means of punishment and victimization. Model public servants such as: Richard Duncan, Brian Francis, Nolan Murray, Basil Harford, Madonna Harford, Gemma Bain Thomas and Willan Thompson have all been victims of Mitchell’s political strong-arm tactics. At the same time, public officers who display loyalty and a willingness to tow the political line, have been rewarded with posts that they are not competent to hold. The result is a gradual undermining and destruction of the Public Service since 1995.

No doubt, the British system that we inherited contemplates an independent Public Service Commission, free from political influence and a professional Civil Service where public officers manage ministries and departments in accordance with the staff orders and on policy guidelines of the government of the day. That is why the Public Service Commission was created and entrenched in the Constitution.

Unfortunately, the exercise of the right of transfer by the PSC has been usurped by the political directorate and the reality is that any transfer or redeployment of public officers is the handiwork of politicians. Reference is made to the fact that our present Prime Minister capriciously decides who he can work with and who “ah do want to see around”. Or, as in the case of Richard Duncan, who is “too fresh.”

If first principles apply, the public officer must be respected even when he speaks truth to power. Politicians are transient holders of public office while a public officer enjoys permanent appointment once he abides by the rules enshrined in the Staff Orders.

In most cases, a transfer is not done in a transparent or respectful manner. The officer gets a letter, “out of the blue” instructing him or her to report to another department or Ministry. The ensuing embarrassment or even dislocation is made worse in that they often show up to their new posting and there is not even a desk or tools to get their new job done.

Redeployment of skill set requires planning in order to make the transfer seamless and professional in character. The transfer must enhance productivity, the rational utilization of talent and experience so the public administration can benefit from the transfer. The unfortunate saga where experienced police officers were redeployed to become truancy officers in the Ministry of Education points to the sad reality of serving as a public officer under the NNP.

There are many positions in the public service that require specific skills which take years to develop, not to mention the amount of taxpayers’ money used to enhance the officers’ capabilities by way of overseas courses and other hands on training. When abrupt, pernicious transfers occur, morale, efficiency and productivity suffer. The principle of succession planning is also a consideration where an officer may be underutilized in their current job posting and their skills can enhance another department.

The Prime Minister has said on numerous occasions that he is more interested in political loyalty than competence. The constant reference to “sensitive positions” is intended to create public acceptance of arbitrariness and victimization in the transfer of public officers where the ‘sensitivity’ of some positions in the public service is based on the whims and fancies of politicians.

Grenada is a democratic country where the rule of law is supposed to prevail. It has become the norm under the NNP that the Prime Minister’s trust i.e., loyalty to him weighs more heavily than professionalism and respect for the rule of law.  This has been his modus operandi from day one. At a meeting with staff at the Ministry of Finance in October 1995, he is reported to have told them: “You see, no matter how dedicated and committed an officer is, and no matter how hardworking and respected and officer might be, once there is no trust then there is nothing doing.” – Walking the Straight & Narrow by Richard Duncan; pg. 33. Mitchell has to trust that he has your loyalty. You don’t have to be competent or hardworking.

There is no doubt that the recent transfer of Ms. Rachael Roberts, President of the Public Workers’ Union has more to do with her stance on the Public Sector Pension and Gratuity issue, as a trade union leader, than her suitability for her new posting.

The abuse and victimization of public officers must not be afforded shelter on the rule that public officers may be transferred at any time. The transfer of Public Officers must be transparent and respectful as intended by the Public Service Rules. Public Officers must stand up for themselves the way Richard Duncan, Nolan Murray, Brian Francis, Judy Benoit and Gemma Bain Thomas did and the trade unions must become less tolerant of mistreatment of their members by political bullies.