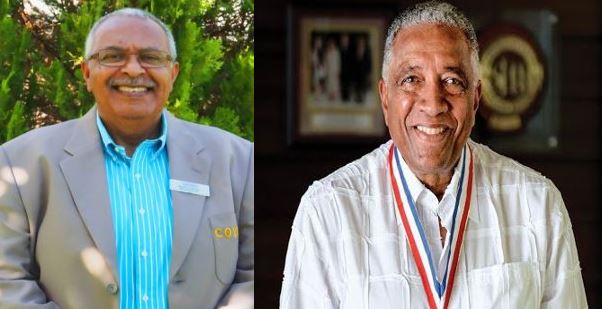 Written by WE, THE PEOPLE

The Spice Island Beach Resort has been consecutively winning annual awards for the last umpteen years, the latest being 2019.   While Coyaba is less decorated, the annual returning visitor numbers speaks for itself in respect of customer satisfaction with that hotel.  It is no mean feat that while most  of the local hotel sector was collapsing during the period of the global financial, fuel and food crisis ( 2009-2012) , Coyaba weathered the crisis very well since their  visitor numbers were not significantly affected ( as was  reported by one of the  Dept. Managers at  Mr. Cherman’s Thanksgiving Service).

I also commend Coyaba’s management for moving the hotel’s fence about a foot during the post-Ivan rebuilding process, giving a little bit more beach area to we the people.   It is also interesting how the hotel organized its beach front garden space post-Ivan.  Visitors have the option of lounging on beach chairs within the fence, away from we the people, or actually coming onto the beach and being among we the people.

The significance of the loss of these two local tourism giants should not be lost upon we the people.  They were the only two LOCAL hotel   operators on the Grand Anse beach front.    For some time, there were rumours of pressures to sell being exerted on both operators.  Last year, speaking to the press, Sir Royston confirmed that there was interest in purchasing his property but he had advised that his property was not for sale.  Will pressure to sell again rear its head given the departure of this (these) gentleman (gentlemen).

We the people are aware of the ambitions of a certain foreign billionaire to apparently own the entire Grand Anse beach front.  It is alleged that he not only has control of the northern end but has also bought property on the southern end.  Those to whom we the people have entrusted the management of our affairs seem to have given the impression to “developers and investors” that Grenada is for Sale; and if they have no money to put out, they could also sell OUR passports, as is happening with the Kimpton Kawana!!!

There is NO RESPECT for we the people.  In the view of those whom we have entrusted to oversee our affairs, we are merely irritants and obstacles to be swept out of the way of “developers and development” (?).    There is also the unwelcome trend of government giving away beach front property freehold instead of the leasehold arrangements that formerly prevailed.  This therefore gives the occupants of the property the opportunities to exclude or render access to the beachfront very difficult.  We must guard against this.

Not that there have not been tensions!  But these two local operators, being Grenadians, appreciated  and respected  the unwritten understanding between themselves as hoteliers and we the people – us BOTH being prime users of the beach.

Their loss saddens me.  I salute their contribution to the tourism sector and to national development in general.    I take the opportunity to offer my condolences to their families and friends and to the Directors, Management and staff of both hotels.  I trust that those to whom their respective legacies have been entrusted will be motivated and inspired to carry on and grow their legacies.  I wish them courage and Supreme guidance.