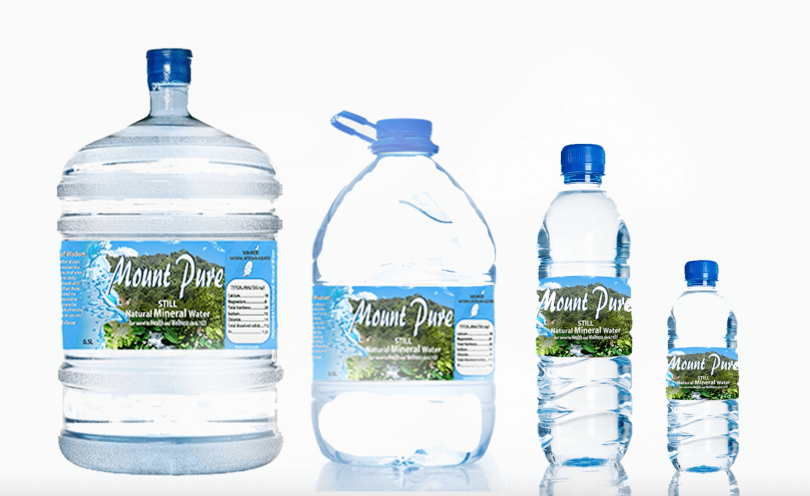 A home-grown business has won yet another battle against a State entity seeking to exclude one of its products from being sold at a national event.  When the Grenada Tourism Authority (GTA) told Mount Pure Mineral Water that the product could not be sold at the Festival of Lights, company officials did not take no for an answer.

The problem began when Mount Pure approached GTA to sign up in order to participate in the Festival and was told that their competitor, Glenelg had again been given exclusive rights to vend water at the Christmas event taking place over four days, at the Carenage Bay. Mount Pure CEO, Rolanda Mc Queen challenged the tourism body and was eventually granted the right to sell water at the Festival of Lights.

Mount Pure had been told that they would only be able to sell the Sour Sop Leaf Tea which the company also produces and exports.   GTA product development officer, Georgia Emery had informed Mount Pure that their contracted bar services provider would be selling only Glenelg Spring Water.  However, in a later correspondence Mount Pure was given permission to provide their product for sale at the bar.

This followed discussions among the Head of GTA, Patricia Maher and Mount Pure representatives and threats of legal action. In a letter received, Mount Pure was informed that, “….the bar is being operated for profit to offset the overwhelming costs associated with executing the festival. Therefore, we are open to you vending and offering for sale, your water and tea…”

Mc Queen has expressed disappointment at what she said are frequent attempts by State representatives to push her company out.   “If I wasn’t using my own money, I didn’t stand a chance,” said the self-made businesswoman. This is the second time this year that Mount Pure was excluded from State-run activities.

The company had also been barred from selling its water at carnival events organised by the Spice Mas Corporation (SMC), the statutory body which manages the festival. That issue is now before the court after a judge ruled that there is sufficient grounds for Judicial review of the matter based on the provisions of Grenada’s Public Procurement Act.  The case is scheduled to be heard in January, 2020.

The GTA had also refused to acknowledge an award won by Mount Pure as one of the best tasting waters in the world, at the 2019 Berkeley Springs International Water Tasting.  According to Mc Queen, Prime Minister Dr Keith Mitchell had written to the GTA, advising that they should collaborate with the local company to promote the achievement as a Grenadian accomplishment but they have refused.  The GTA has also refused to give Mount Pure placement, alongside other locally produced products at Grenada embassies and Consuls abroad.

Mc Queen believes such action can only hurt the country’s development.

She said the efforts by all Grenadians to develop the economy, as well as provide jobs and build Grenada’s image must be supported fully.