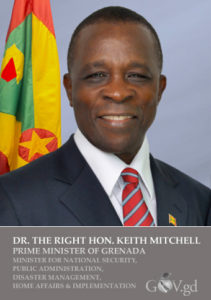 CARICOM chairman and Grenada’s Prime Minister Dr. Keith Mitchell has argued that the greatest potential for transforming the economies of the Caribbean lies with reforming the region’s energy sector.

Prime Minister Mitchell made a powerful case for the region’s transition from fossil fuel to cleaner forms of energy while addressing a forum at the Massachusetts Institute of Technology in the United States this week.

He told a high profile gathering that research and outreach must be tailored to ensure the elimination of fossil fuel imports and 100 percent renewable energy use by 2030.

The Mitchell Government in St. George’s has passed new laws to end the monopoly on electricity as part of wider efforts to reduce the cost of energy.  Industry officials in Grenada have been protesting the high price of electricity which, they say, has had a crippling effect on manufacturing and production in general.

Prime Minister Mitchell told the MIT forum that “The research and outreach planned must, at a minimum, examine, analyse and provide options, technologies and applications for a resilient Caribbean energy sector.”