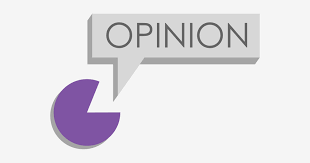 Context General Elections results produce two immediate effects i.e. the composition of the Parliament and the appointment of a Cabinet of Ministers (the Executive). Whereas the Constitution empowers the Parliament to make laws for the peace, order and good government of Grenada, it does not detail the role of Cabinet, except in the phrase, “the business of government”. It is a matter therefore of ‘common sense law’ that the Cabinet in its policy-making function and general decision-making must issue policies and decisions that promote the peace order and good government of Grenada. Agreed?

The popular notion of Government ‘having power’ is effectively constrained and conditioned by that standard. This means that citizens reasonably expect that the Cabinet, in discharging its functions, will do nothing capable of disturbing and compromising the peace, order and good government of Grenada. Curiously, not all members of Cabinet appear to understand the limitations on their exercise of power. Perhaps we need ‘A well- taught Cabinet’! One does not envisage the Ministry of Education taking the lead here.

Good government exists where the policies and conduct of the Cabinet promote the national interests, respect the rights of the citizens, promote the welfare of all the citizens, treat the people well and with decency, preserve the culture of the people and is not abusive or discriminatory or arbitrary; as examples.

This is the test by which the Government’s policy on gratuity is to be subjected.

The standard is breached where the tone, conduct, advocacy and policy are such that people find the Cabinet to be high-handed, abusive and reckless. This appears to be precisely what we are experiencing with the gratuity crisis.

The ability to pay Every employer is entitled to consider his/her compensation policy in the light of the financial status of the enterprise. The same is true for the Government of Grenada, and its fiscal position (state of the public finances) is important in this respect.

Any country which has had to undergo two Structural Adjustment Programs in twenty years evidences instability in the public finances of crisis proportions. Simply put, the Grenada Treasury has run broke at least twice in the recent past!

The discipline intended by the Fiscal Responsibility Act must therefore be good news for all citizens who have suffered when the Treasury could not pay the bills incurred by the Cabinet.

The record would show that payment of gratuity in the public sector was never a significant factor behind the need for a Structural Adjustment Program in Grenada. Other kinds of expenditure approved by Cabinets have led to the collapse of the public finances. Prime Minster Mitchell would know that to be true.

Lastly, a much ‘poorer’ Grenada than is Grenada today (with record Overall Surpluses), paid gratuity for decades. Governments have simply budgeted for such expenditure.

Role of the Gratuity Public Officers in Grenada have never been highly paid in comparison to many other working- class citizens. The gratuity is not an addition to pensions, it is a portion of one’s pension benefits paid up-front, as a lump sum. Why has this allowance been available to Public Officers since colonial days? The answer lies in good conscience, common sense and an understanding of the need to genuinely empower. The fact is that having worked for small salaries until retirement age, and during which time the monthly salary was consumed leaving the worker with little or no savings, the authorities understood that the only way some relief might be had is if the worker was given part of his pension benefits as a lump sum (gratuity).

That gratuity enabled him to clear up his most onerous personal debt. In our culture, that debt has been the mortgage. So, paying the gratuity enabled the settlement of the mortgage, in particular. When that happens, the retiree becomes an owner. He will never become an owner where he must continue to service a mortgage long after retirement. In such circumstances, the burden will fall on his successors. Sadly, thousands of working-class children will have nothing to inherit from their parents. All of this in a Grenada that has the fastest- growing economy in the region!

Denial of Gratuity Ownership is a major cultural, social and economic value in the Grenadian society.

Note also, that the gratuity payment cannot be peppercorn. It must be effective! Meaning that it must be capable of clearing up the mortgage in order that the working-class could join the owning-class. All comrades would identify with that!

Recall the situation after emancipation and continuing into the era of the estate system. The free slave and his successor (the estate laborer) recognized that owning property was not an option for most of them. However, they had enough foresight to realize that if they sent their children to school, they would be able to own. So, the formula was: ‘learn-earn-own’!

Non-payment of a gratuity amounts to ‘killing the Emancipation Dream’! It is a serious breach of a major cultural value! It is unpardonable in the absence of compensatory arrangements! After-all, people expect Government to resolve their most basic problems, not to inflict injustice or unfairness of any kind.

A modern society is measured, positively, not by its level of poverty, but by the nature and standard of development. The Government of Grenada could invent as many social welfare programs as it pleases and spend freely to implement them, but none of that spending addresses investment or ownership or development. To that extent, the Grenadian society cannot be said to be better off. Such spending cannot produce Grenadian ‘golden geese’!

Conclusion Winning all fifteen seats may be considered a perfect victory, but it does not set up a perfect Government. It is entirely possible for a Cabinet to mis-direct itself especially where it proceeds based on a perceived need to project absolute power. The situation is worsened, and the circle of disruption and instability is widened where, instead of making itself available for a peaceful resolution of the dispute, as a matter of urgency, baiting confrontation is seemingly preferred. The invention of a ‘Cabinet of Teachers’ or a ‘Secondary Schools Games Outfit’ cannot be evidence of reconciliation. Above all, introducing and perpetuating a spirit of ‘exclusive power’ does not qualify as a standard of correct leadership. ‘Huffing and puffing’ was for a time long gone! We need leadership that causes the society to be ‘lifted up’!

Until then, it’s crying time again!