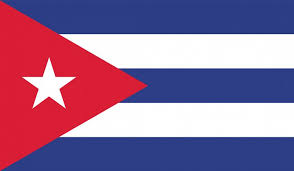 Following the script provided by the US Administration, the OAS Secretary General has organized a new show against Cuba: a conference, as he calls it, on the Cuban constitutional reform.

It is striking that the Secretary General, with his distinctive anti-Cuban obsession, reiterates mere slanders and lies about our country while ignoring so many pressing matters in Our America, matters to which he does not devote the same efforts, time and resources of the organization of which he is an official. The Secretary General should know that neither him nor that organization has the right to discuss the constitution of a State that is not and has no interest in becoming a Member State and, therefore, is not bound by nor has any obligation whatsoever towards its treaties.

The OAS is the organization that, at the service of US imperialism, supported the attempts to isolate Cuba; supported military interventions in Latin America; cruel military dictatorships created, financed and protected for years by the United States; and failed to denounce the most heinous tortures in the region, trampling over the rights of the peoples of Our America.

The Secretary General disrespects the letter of the OAS Charter which enshrines the nature of his functions, none of which grants him autonomy or power to orchestrate such actions, and most certainly no OAS State Members has conferred on him such special mandate.

We do not and will not recognize any moral or legal authority of the OAS or any of its officials and subsidiary bodies attempting to single out Cuba.