The first electoral event was held on July 30, to elect 545 representatives of the National Constituent Assembly. A total of 8,089,320 Venezuelans voted. This represents more than 41.53% of the total amount of persons eligible for voting.

These elections were convened following a request made to the National Electoral Council by the President of the Republic, Nicolas Maduro and was aimed at preserving the peace and the democracy in the country which was threatened by acts of violence and destruction – incited by the opposition (extreme right parties) – which broke out in the capital city and other parts of the national territory. As a result of the peoples’ outstanding participation in the elections for the National Constituent Assembly it was possible to put an end to the violence allowing the country to return to peace and tranquillity. It should be noted that the National Constituent Assembly is an instrument of the Venezuelan Constitution.

The elections for Governors which were scheduled for December were called by the National Constituent Assembly who decided to have early elections in order to consolidate the peace that had already been achieved a few months earlier with the election of the NCA. With these resounding results, in which 61.14% of legible voters participated the Government Party obtained 18 out of 23 Governorates.

Elections for Mayors were also called by the National Constituent Assembly. Elections for governors were scheduled for 2016, but did not take place due to the Referendum Recall process which was initiated by the Venezuelan Opposition; this however was not successful as a result of fraud.

The Bolivarian Alliance won 21 of the 23 seats, and also won the by-elections for governors in the state of Zulia – which had to be repeated as the winning candidate for the Opposition refused to be sworn-in before the NCA.

Of the 335 seats for mayors the Bolivarian party won in 308 seats, the Opposition won 25 and the other two 2 seats were won by two independent parties.

The results represent a total percentage of 92% victory for the government; 7% for the Opposition; and 1% for the independent parties.

It is important to note that the voting results were announced the same day after the polls were closed for the elections held on July 30, October 15 and December 10 of this year. This is possible because the automated system which Venezuela uses at the polls is highly efficient in counting and verifying the votes cast. The Venezuelan automated voting system is considered to be the best in the world.

Venezuela is a country that fully exercises its democracy and this has been demonstrated in the recent 24 electoral processes carried out since Comandante Chávez came to power in 1998.

More than 60 international observers, experts with expansive experience in the field, confirmed the authenticity of the transparency in the Venezuelan electoral system. The international observers participated in a series of events that began on November 6, starting with the verification of the national electoral register; on the day of the elections, they visited the voting centers in order to certify that the elections took place in a climate of absolute peace. The verification process is expected to end on January 10, 2018, with the second phase which is the audit of the data on the machines used for voting in the elections.

The Venezuelan people sent clear and resounding message to the world that in Venezuela there is active democracy, participation and individuals are free to elect and present themselves as candidates for elections. 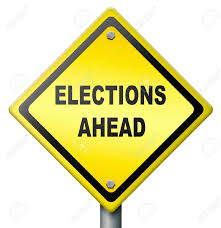