Note: Cambridge Analytica that has been headline news for the last week!  It may be nearer home than you think!  Note the name Strategic Communications Laboratory.  Ask a certain well-known Grenadian journalist, who  worked in St. Kitts elections  ” where  I had the opportunity to watch them up close and personal – but for confidentiality reasons, not at liberty to discuss”.  WE THE PEOPLE

A lot of the focus has been on what role the company played in votes in the US and UK, but the firm has also been linked to campaigns in Czech Republic, India, Italy, Kenya, Mexico, Malaysia Nigeria and Ukraine, making this a truly worldwide phenomenon.

New technologies can be a double-edged sword. Social media has transformed how the public call out the corrupt and demand change. But what happens when the data these tools generate about their users is used as part of a murky process to influence elections? Is this corruption?

The now-suspended CEO of CA, Alexander Nix, told undercover reporters that some emails between the company and its clients automatically self-destruct, leaving no electronic paper trail for investigators looking into potential election fraud allegations.

Moreover, the actual identities of companies working on elections were hidden, presumably through shell companies. “No one even knew they were there,” said another CA executive of an operation in Eastern Europe.

The scandal highlights how election laws in many countries have loopholes that allow special interests to buy influence. In some cases, regulations are often lacking altogether, making it harder to pinpoint exactly how corporations or politicians have crossed the line. That’s particularly true here – the scandal around Facebook and Cambridge Analytica indicates a new battleground in the fight against political corruption.

At the same time, the old-school, ‘suitcases full of cash’ method of buying influence is still with us.

This week former French president Nikolas Sarkozy was charged over allegations that he received up to 50 million Euros towards his 2007 election campaign from Muammar Gadaffi’s regime in Libya.

And in Peru, President Pedro Pablo Kuczynski has resigned over a vote-buying scandal. You might remember that back in December Kuczynski survived an impeachment vote after pardoning one of his corruption-accused predecessors, Alberto Fujimori. Now, new videos appear to show Kuczynksi’s allies offering up a share of public contracts in return for support in a second impeachment vote.

Times change, but corruption is unfortunately a constant.

So is our commitment to fighting it. 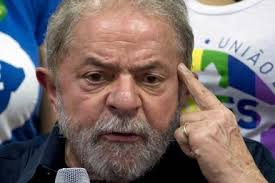